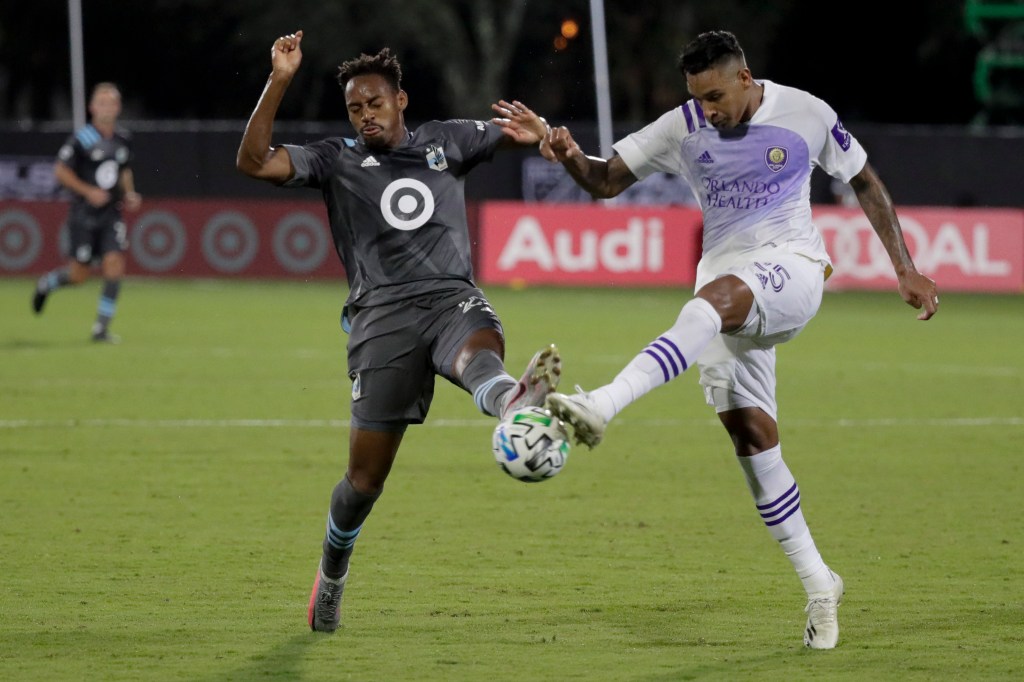 After 41 days and 40 nights in a “bubble” created to keep COVID-19 away from the MLS is Back Tournament near Orlando, Fla., the Loons finally headed back to Minnesota on Friday, a day after their extended stay ended in a 3-1 semifinal loss to Orlando City.

While Minnesota United’s contingent felt like they bonded as a team in an environment where they saw only one each other day-in and day-out in a hotel and on training grounds, they don’t want to break up with each other but could use some time apart.

“I know what underwear half these guys wear,”  Ethan Finlay joked in a postgame video conference call.

Later, the Loons midfielder posted on Instagram, “Came here a team, leaving as a family.”

“After being cooped up in their room for 20 hours a day,” United coach Adrian Heath said the players will get some time off to spend with their families before reconvening the middle of next week for the resumption of the MLS regular season to be played in home markets, including Allianz Field in St. Paul. That schedule is expected to be released soon and start later this month.

For himself, Heath was looking forward to seeing his wife, Jane, and walking around with a semblance of freedom near one of Minnesota’s lakes, most likely one near his home, Lake Minnetonka.

“Just, enjoy what Minnesota has to offer this time of year,” Heath said. “I always enjoy coming to Orlando, but, trust me, me and the players will be happy to get back in Minnesota.”

While homesickness and monotony seeped in, and other teams were able to check out of the Disney hotel, Finlay said the Loons were intent to staying as long as possible. Afterward, he acknowledged the stay was “probably one of the greatest challenges I’ve had in my career, and I think most guys would say that.”

The desire to remain came with the thrill of winning.

“You win one game against Columbus and you feel a little bit of taste in your mouth: ‘Let’s make a real run here,’ ” Finlay said. “That’s exactly what we did, and that was exactly our intentions. We kept on. It’s not easy for anybody who’s still here, but we were fully prepared and ready to be here for five more days and play in a final.”

While the Loons missed out on winning the club’s first trophy and the spot in the CONCACAF Champions League — and $1.1 million in prize money that goes with it — they sit in second place in the Western Conference. With two games in March and the tournament’s three group-stage games counting toward the regular-season standings, Minnesota has 11 points to Sporting Kansas City’s 12.

The Loons were able to keep up their strong pace without MLS defender of the year Ike Opara, who remained in Minnesota with an undisclosed “preexisting condition.” During the tournament, at times they also played without captain Ozzie Alonso, main playmaker Kevin Molino, top striker Luis Amarilla and all-star right back Romain Metanire.

After struggling to create any scoring threats in Orlando’s box Thursday — Amarilla and Robin Lod did not have a shot in 58-minute shifts — Molino’s substitution helped unlock the Loons’ attack.

With Molino’s creative pass and Mason Toye’s movement and finish, the Loons scored in the 83rd minute.

But in added time, Hassani Dotson’s cross skimmed off the top of Toye’s head directly in front of goal. While the ball appeared to be a bit too high for Toye to redirect, ESPN’s Taylor Twellman said, “that’s a dream ball for a center forward.”

That’s how close the Loons were to evening up the game and potentially pushing it to penalty kicks, but now their time in Florida has come to a end.