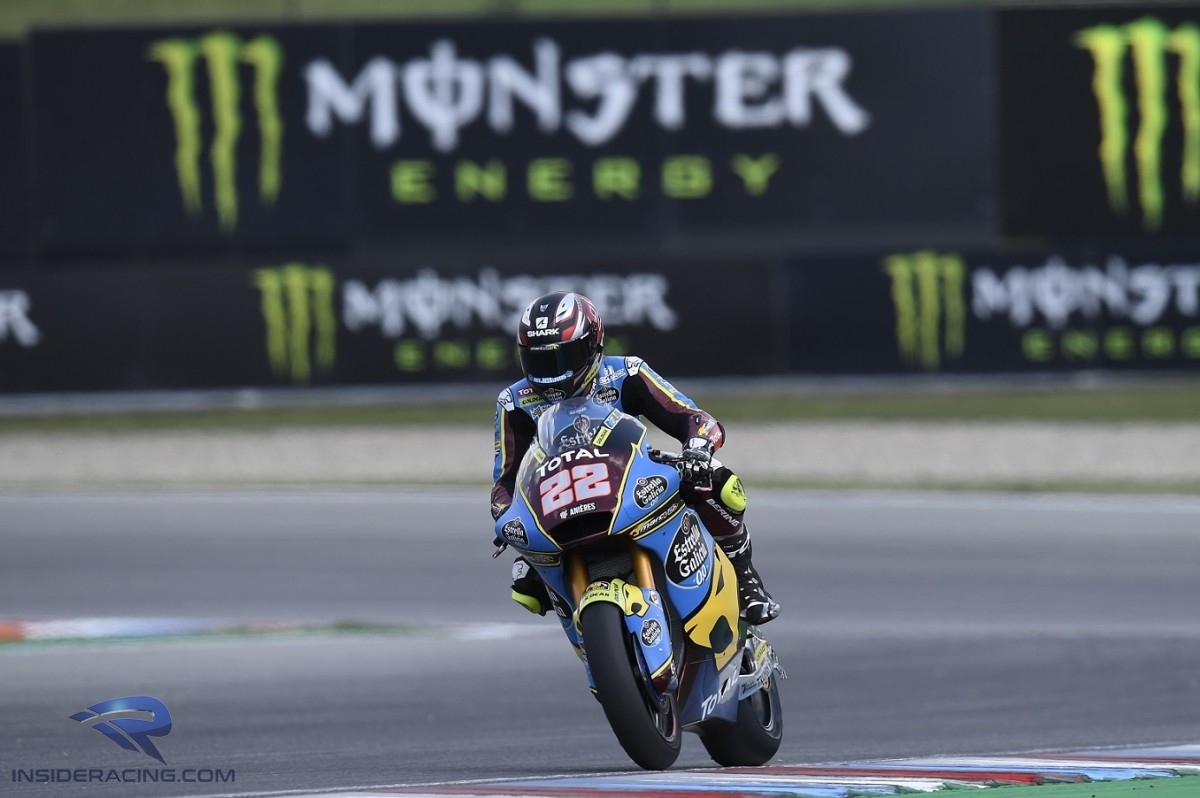 Sam Lowes heads the combined timesheets on Friday at Czech Republic Grand Prix, the Brit’s FP1 time keeping him ahead of the game despite an Italian invasion in FP2.

In the afternoon, Enea Bastianini (Italtrans Racing Team) and Luca Marini (Sky Racing Team VR46) moved up to complete the top three overall by way of P1 and P3 – split by Lowes.

FP1
Lowes went fastest in the morning, ultimately by over three tenths ahead of a resurgent Joe Roberts (Tennor American Racing) in P2. The American had led the way heading into the latter part of FP1 before seeing himself pushed down to second.

Championship leader Tetsuta Nagashima (Red Bull KTM Ajo) completed the top three, less than a tenth off Roberts’ best, ahead of Augusto Fernandez (EG 0,0 Marc VDS) as he got back at the sharp end in P4. Marcel Schrötter (Liqui Moly Intact GP) rounded out the fastest five in the morning.

Kasma Daniel (ONEXOX TKKR SAG Team) was the only crasher in FP1, the Malaysian taking two tumbles but rider ok.

FP2
Jerez winner Bastianini got the better of Lowes in the afternoon, although the Brit ended FP2 second quickest overall. Marini leaped up the timesheets to third, ahead of a huge improvement from Jorge Navarro (MB Conveyors Speed Up) as he moved into fourth in the session. Meanwhile, Roberts was consistent – ending FP2 in fifth and with a similar laptime.

Simone Corsi (MV Agusta Forward Racing) was an early faller, and FP2 didn’t start well for Jorge Martin (Red Bull KTM Ajo) as the Spaniard crashed at Turn 11 with 10 minutes gone. Marco Bezzecchi (Sky Racing Team VR46) later went down at Turn 10, and Nagashima was the next faller after a strong FP1, the Japanese rider crashing at Turn 13. Finally, Aron Canet (Openbank Aspar Team Moto2) took a tumble at Turn 5 after a tougher day for the Moto2™ rookie in Czechia.

By the end of play though, it’s Lowes leading Bastianini and Marini, with Roberts holding onto fourth from his FP1 laptime. Navarro shuffles into fifth overall, ahead of Nagashima. Fabio Di Giannantonio (MB Conveyors Speed Up) showed some good speed to take seventh overall, ahead of Bezzecchi.

But will entry to Q2 shuffle on Saturday morning? FP3 is the last chance to fight back, before qualifying from 15:10 (GMT +2).

Moto2: the five fastest on Friday