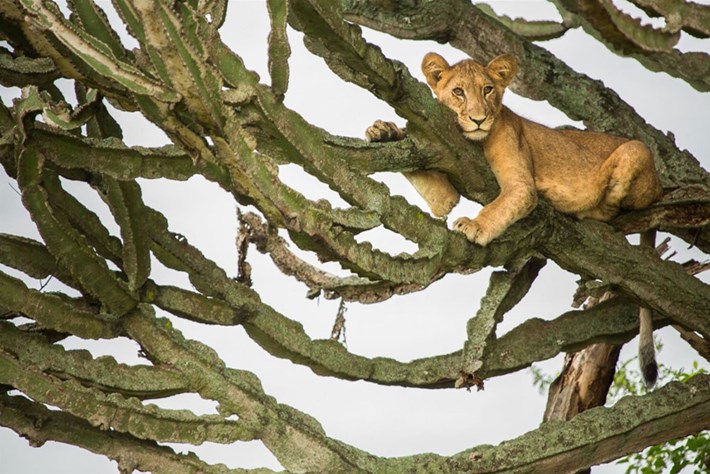 Estimates of the total population of Africa’s king of beasts vary, but a recent CITES report suggested that only about 25,000 remain in the wild, across 102 populations in Africa. But the numbers in this report aren’t particularly reliable. Most used traditional survey approaches – like counts of lion footprints, audio lure surveys or expert opinion – and many were not peer-reviewed.

These traditional methods of counting lions produce highly uncertain estimates. A count of lions using their footprints may give you an estimate of, say, 50 lions in an area. But the uncertainty around this estimate could be between 15 and 100 individuals. This large uncertainty makes tracking how lion populations change from year to year nearly impossible. Our recent review shows that the majority of methods used to count African and Asiatic lions use these less robust methods. 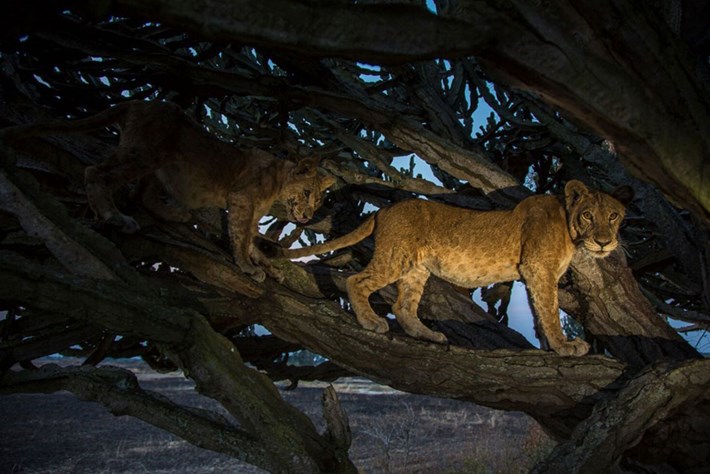 Two young lions rest in the branches of a Euphorbia tree on the Kasenyi Plains of Queen Elizabeth National Park. Image © Alex Braczkowski

Making sure that lion numbers are accurate and reasonably precise is key for the species’ conservation. Estimates of lion numbers underpin their classification as ‘vulnerable’. They also form the backbone for controversial management practices like the setting of trophy hunting quotas.

The good news is that better ways of counting lions are being developed. So called spatially explicit capture-recapture methods are useful for conservation because they tell us not only how many animals live in an area, but how they move in a landscape, what their sex ratios are and even where their highest numbers are located. This method has been used to count tigers, leopards, jaguars and mountain lions for over a decade but it is only now becoming popular for lions. 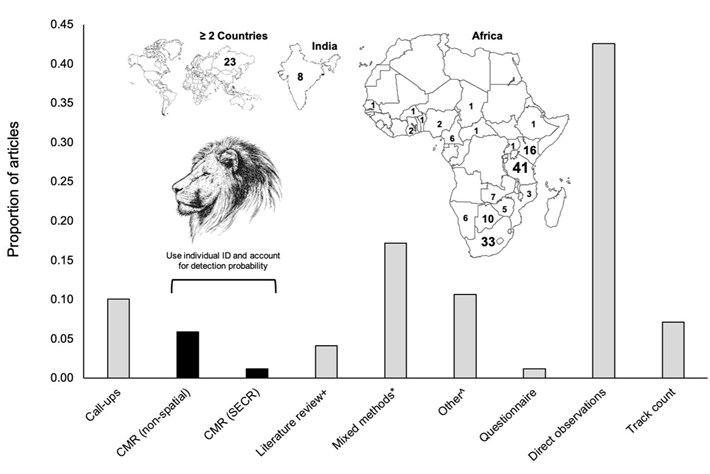 A review of 169 peer-reviewed scientific articles (Web of Science and Google Scholar) showed many lion abundance and density estimates rely on traditional methods like audio lure or track surveys.

Spatially explicit capture-recapture methods use a mathematical model which incorporates the individual identity of animals (usually from photographs of natural body markings, spot patterns or even whisker spots) and their location in a landscape. By identifying and “marking” individuals over a period of time an estimate can be made of the total number of animals that live in an area.

This method was first used to count lions in a 2014 study in Kenya’s Maasai Mara. The lead authors capitalised on a historic way of identifying lions: their whiskers. Every lion in the wild has a unique whisker spot pattern, very much like a human fingerprint.

Recently, some of us applied this technique in a count of African lions in southwestern Uganda, in a region known as the Queen Elizabeth Conservation Area. These lions are interesting because they have a rare culture of tree-climbing. This means they have great local tourism value as each lion raises about USD$ 14 000 annually in park fees.

The status of lions in Uganda was not previously very well understood. After a wave of intense poaching during the unstable Idi Amin and Milton Obote regimes – 1971 to 1985 – during which time wildlife numbers plummeted.

From October 2017 to February 2018 we drove more than 8 000 km in 93 days searching for lions in the Queen Elizabeth Conservation Area. We obtained 165 lion detections. Using individual identifications from photos, we calculated that on average one could expect to find about 3 individual lions per 100 square kilometres, with a total of 71 lions in the entire area. 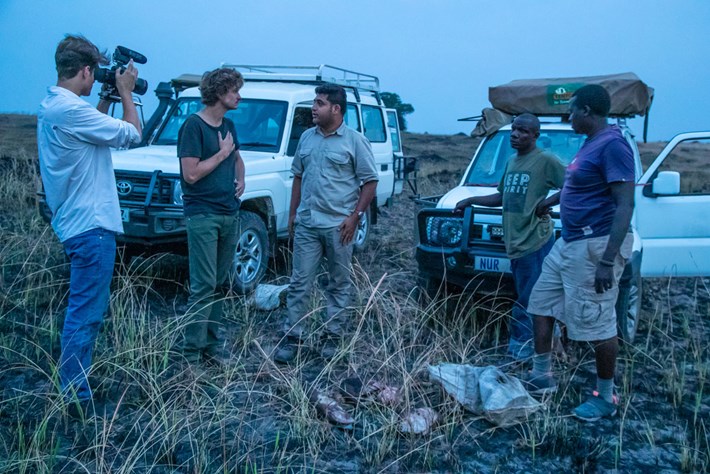 Scientists during a census of the lions in Uganda’s Queen Elizabeth Conservation Area. Image © Steve Winter

We used the spatially explicit capture-recapture method to assess how lion movements had changed from the home range study performed a decade earlier. Worryingly, our results showed that lions had increased their ranges significantly in just 10 years – above 400% for male lions and above 100% for females.

Also, there was only one female for every male in the wild. This is very different to other African lion populations which have a much higher proportion of females relative to males (about two females for every male).

From the standpoint of lion conservation and recovery these results are concerning. But, on a positive note, this finding has provided a timely alert. And we recommend the use of this relatively novel survey methodology to assess other lion populations across Africa. 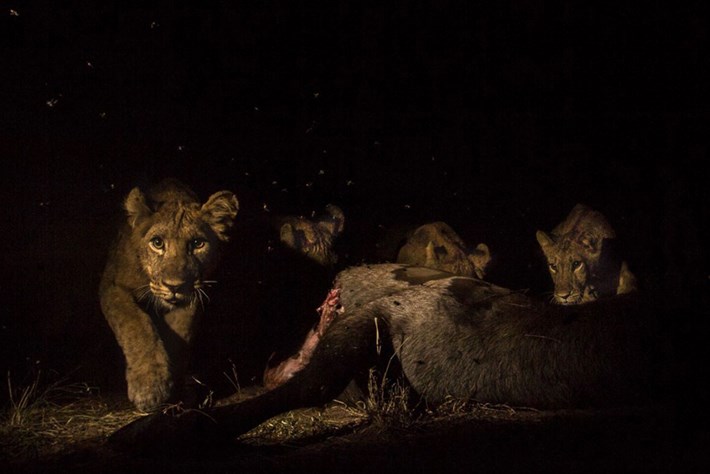 More recently, in 2020, another rigorous study at Lake Nakuru National Park, Kenya, applied this approach and found that this method estimated lion population size to be about a sixth of what was previously thought. The Kenya Wildlife Service, in collaboration with local partners is now using spatially explicit capture-recapture in an ambitious nationwide survey of lions and other large carnivores at all potential strongholds across Kenya.

More broadly, these results further bolster the view that by relying on ad hoc, indirect methods to detect lion population trends, we may end up with misleading answers and fail to direct scarce conservation resources optimally.

We argue that all stakeholders involved in lion conservation across Africa and Asia should use rigorous survey methods to keep track of lion populations. These results should then form appropriate baselines for continent-wide reports on lion abundance, and help inform strategies aimed at their recovery.

This article is republished from The Conversation under a Creative Commons license. Read the original article.