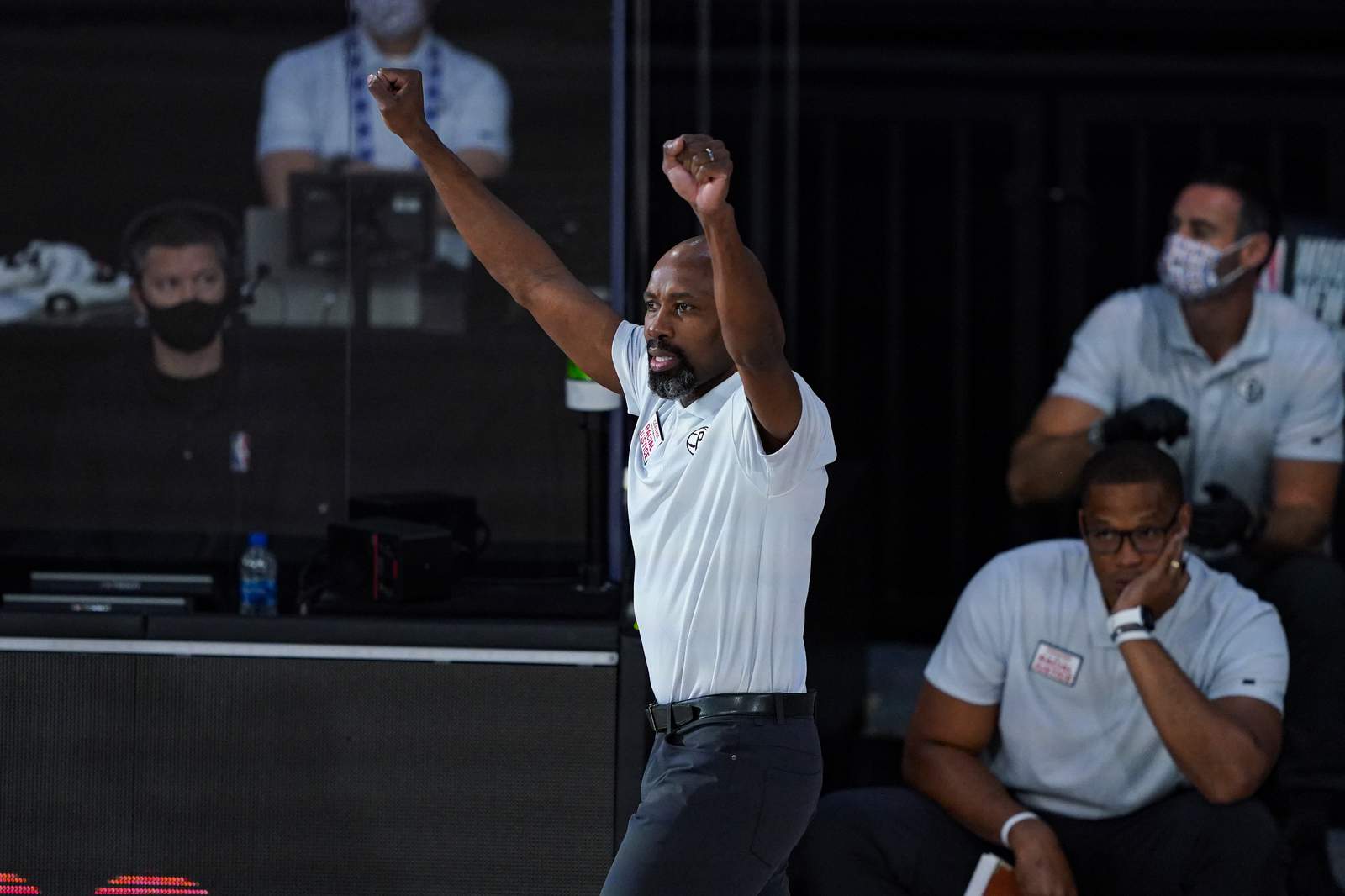 LAKE BUENA VISTA, Fla. – The NBA playoff picture is getting a little clearer.

Brooklyn secured one of the last two playoff spots in the Eastern Conference on Friday, defeating Sacramento 119-106. That leaves Orlando and Washington as the last two teams contending for one spot in the East, with the Magic needing only one more win or one Wizards loss to clinch.

Orlando lost to Philadelphia on Friday 108-101. Washington was playing New Orleans in a late game.

For the Nets, the clinching comes as something to savor in a topsy-turvy season.

Kevin Durant couldn’t play at all because of his recovery from Achilles surgery — yet still got a $1 million contract bonus because Brooklyn made the postseason. Kyrie Irving missed much of the year because of injury, the Nets had several regulars opt out of participating in the restart, changed coaches in March and have used 24 players so far this season.

“It’s great to punch our own ticket into the playoffs,” Nets coach Jacque Vaughn said. “I joked with the guys: I like my laundry being done, but nothing like doing your own laundry.”

Philadelphia’s win tightened the race for No. 4 in the East. The 76ers (42-27) are tied with Indiana for the fifth-best record in that conference, one game behind fourth-place Miami (43-26).

The race for the last unclaimed playoff spot in the Western Conference remains close, with teams vying to grab the No. 8 spot and play the Los Angeles Lakers in the first round. If the eighth- and ninth-place teams are within four games of one another when the seeding game schedule ends next week, there will be a two-game series to determine who gets the last playoff spot.

Should that series take place, the ninth-place team would have to go 2-0 in a best-of-two series to advance.

Memphis remained alone in eighth, after the Grizzlies snapped a four-game bubble losing streak by beating Oklahoma City on Friday 121-92. The Grizzlies are one game ahead of Portland in the West standings.

San Antonio leaped idle Phoenix into 10th in the West by beating Utah 119-111, with the Spurs improving to 3-2 in the bubble. The Spurs (30-38) are one game behind Portland in the standings.

Phoenix, Sacramento and New Orleans remain in the mix for a play-in series spot. The Suns, who are 4-0 at Disney, play Miami on Saturday.