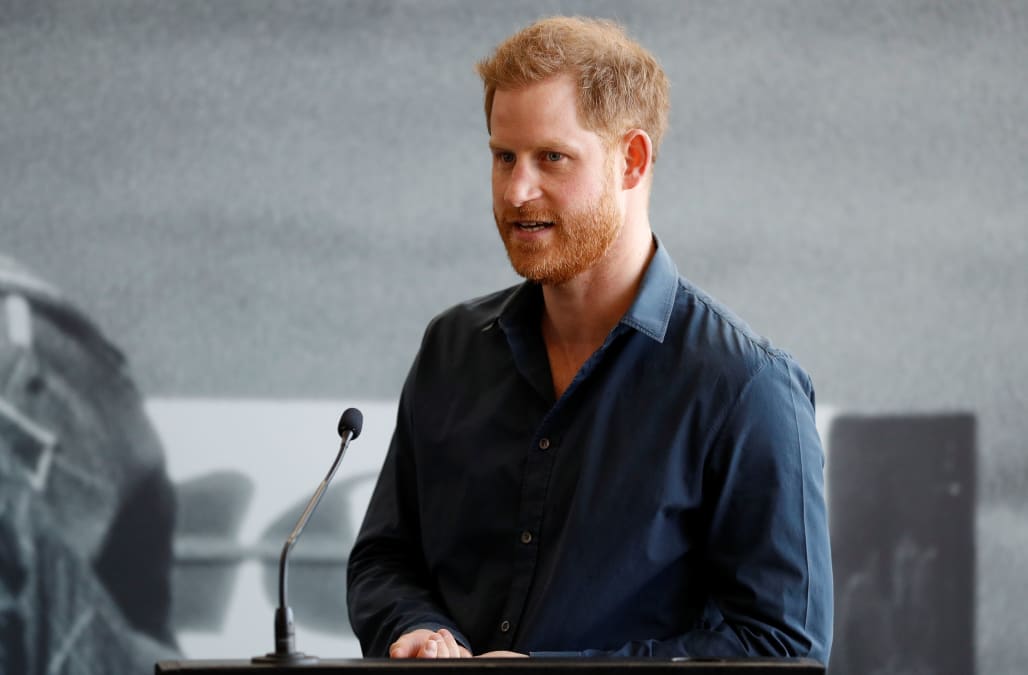 Prince Harry and Meghan Markle are looking to change the nature of social media and the prevalence of intolerance in the digital landscape. The 35-year-old Duke of Sussex recently penned a public call to action and warning against the impact of platforms that spread and promote bigotry and misinformation.

In an op-ed published byFast Company on Thursday, Harry explained that he and his wife are directing their efforts toward making real change when it comes to public discourse.

“A little over four weeks ago, my wife and I started calling business leaders, heads of major corporations, and chief marketing officers at brands and organisations we all use in our daily lives,” Harry wrote. “Our message was clear: The digital landscape is unwell and companies like yours have the chance to reconsider your role in funding and supporting online platforms that have contributed to, stoked, and created the conditions for a crisis of hate, a crisis of health, and a crisis of truth.”

The royal explained that, after numerous conversations they’ve had with experts, they’ve come to the conclusion that society needs to “remodel the architecture of our online community in a way defined more by compassion than hate; by truth instead of misinformation; by equity and inclusiveness instead of injustice and fearmongering; by free, rather than weaponised, speech.”

For this “remodeling” to really work, Harry says that the change must include “industry leaders” who are willing to draw “a line in the sand against unacceptable online practices.”

“Because, if we are susceptible to the coercive forces in digital spaces, then we have to ask ourselves—what does this mean for our children? As a father, this is especially concerning to me,” continued Harry, who shares 1-year-old son Archie with Markle.

The duke went on to compare the negative impact of online hate and intolerance on developing minds to the studies conducted decades ago into the negative affects of lead on children’s growth and development.

“In the 1970s, there was a groundbreaking study on the societal effects of lead exposure and kids. The research found a clear connection between lead accumulation in children and their mental development,” Harry wrote. “There’s no debate over the dangers of lead today, but at the time, the development was met with strong resistance from industry leaders (lead was used widespread in products like gas, house paint, and water pipes). Eventually, sweeping health and environmental reforms were put in place to change this. We knew something was harmful to the health of our children, so we made the necessary changes to keep them safe, healthy, and well.”

“Researchers I’ve spoken with are studying how social media affects people — particularly young people — and I believe the book of data that we will look back on one day will be incredibly troubling,” Harry added.

He went on to say that their efforts to change the minds and hearts of industry leaders and corporate execs is “just the beginning.”

“Our hope is that it’s the beginning of a movement where we, as people, place community and connection, tolerance and empathy, and joy and kindness above all,” he shared. “The internet has enabled us to be joined together. We are now plugged into a vast nervous system that, yes, reflects our good, but too often also magnifies and fuels our bad. We can — and must– encourage these platforms to redesign themselves in a more responsible and compassionate way. The world will feel it, and we will all benefit from it.”

The impassioned call to action comes amid the Duke and Duchess’ multiple legal battles, both with paparazzi and the UK publication Mail on Sunday and their publisher, Associated Newspapers.

For more recent news on the couple — including how the royal family is preparing for the release of a new tell-all book about the pair — see the video below.

This video is unavailable because we were unable to load a message from our sponsors.

If you are using ad-blocking software, please disable it and reload the page.

Prince Harry Says Princess Diana ‘Would Have Been Fighting’ Racism