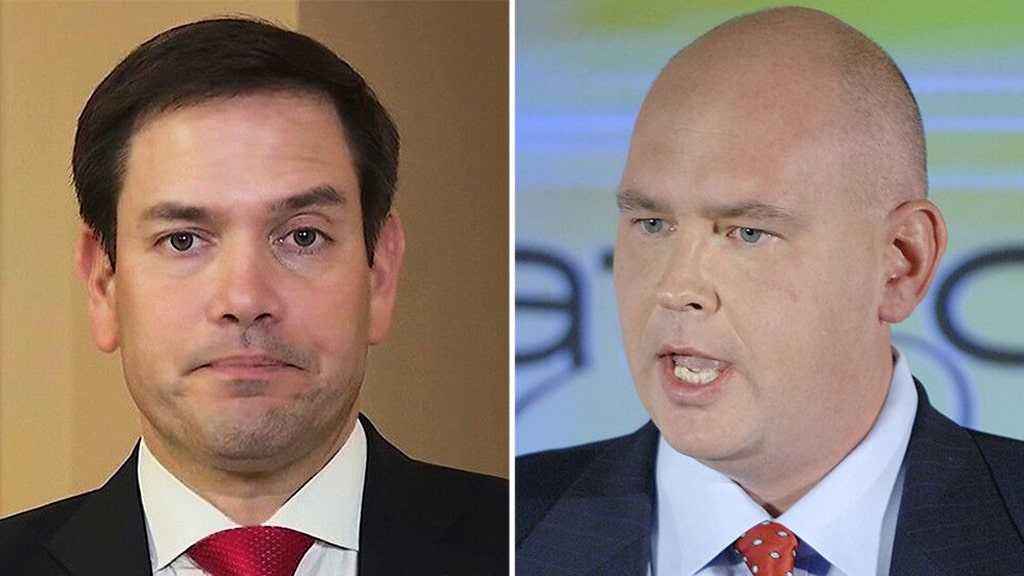 Sen. Marco Rubio, R-Flor., and MSNBC contributor Steve Schmidt lobbed personal insults at each other on Twitter as the Democratic National Convention got underway.

The feud began on Monday night after Rubio mocked Eva Longoria as the first emcee at the convention.

“Brilliant move! No one is more in touch with the challenges & obstacles faced by everyday Americans than actors & celebrities,” the GOP lawmaker reacted.

That prompted Schmidt to go after Rubio, invoking his Cuban immigrant father.

“I was just thinking about you. Your Father fled Castro’s tyranny with nothing but the clothes on his back. He tended bar in the back of the room and watched you rise to the heights of political power within one generation. Only in America,” Schmidt began his rant. “Of course, the origin story was an embellishment. Your parents came in ‘56. They weren’t fleeing communism. They were just looking for a better life like the hard working immigrants you have abandoned because you fear Trump and love your position. We are living in a moment where our institutions are under assault and Trump is attacking our 231-year-old tradition of free and fair elections.”

On Tuesday, Rubio fired back.

“Schmidt is the type of man who turns to political prostitution. The type of washed-up man who sensed new opportunities to make some $. The type of man who gladly supports a party with prominent members who sympathize with Castro because it helps him be relevant, just a little,” the senator wrote.

The Lincoln Project co-founder responded by calling Rubio “a timid and frightened man” and accusing him of being “silent” as President Trump “wrecked the country with his incompetence and malice.”

“Marco is right. Steve Schmidt has always hated conservatives. His opinion is meaningless. Telling a Cuban-American leader like @marcorubio that he would have supported Castro is offensive and idiotic,” Rubio’s Florida colleague Rick Scott wrote.

“Marco & I haven’t always agreed, but to see him slandered by this oleaginous cretin is shameful. Schmidt wouldn’t understand—he’s spent his life serving, & then betraying, powerful men—but for those whose families suffered & bled under Castro’s tyranny, this is beyond the pale,” Sen. Ted Cruz, R-Texas, defended Rubio.