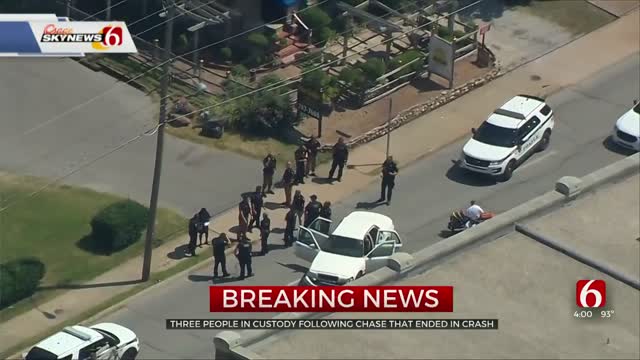 Tulsa Police said three people are in custody after a chase ended in a crash.

Officers said they responded to an apartment complex for a domestic call Monday afternoon, but they saw someone speeding away from the scene.

Officers said they chased the white car for several minutes, before the driver crashed into a red car — sending that car into a third white car.

Police said they arrested the driver, Todd Jenkins, for outstanding warrants, and they also arrested his female passenger for obstruction.

Police said one person in the red car was taken to the hospital, but is expected to be OK.

The third person in the white car was taken in for questioning.