Rafael Nadal is getting ready to return to ATP Tour action next week, when he will pursue a 10th Internazionali BNL d’Italia title. The Spaniard has recently been training with 2017 Nitto ATP Finals champion Grigor Dimitrov.

The World No. 2 did not compete in the Western & Southern Open or the US Open, so Rome will be his first tournament since February when he lifted his 85th tour-level title at the Abierto Mexicano Telcel presentado for HSBC.

Nadal has been preparing for his return at his Rafa Nadal Academy by Movistar. Nobody has enjoyed more success in Rome than Nadal, who holds a 61-6 record at the event.

The 35-time ATP Masters 1000 champion can break a tie with Novak Djokovic for the most trophies at that level if he triumphs at the Foro Italico. The most titles Nadal has won at a single tournament is 12 at Roland Garros. 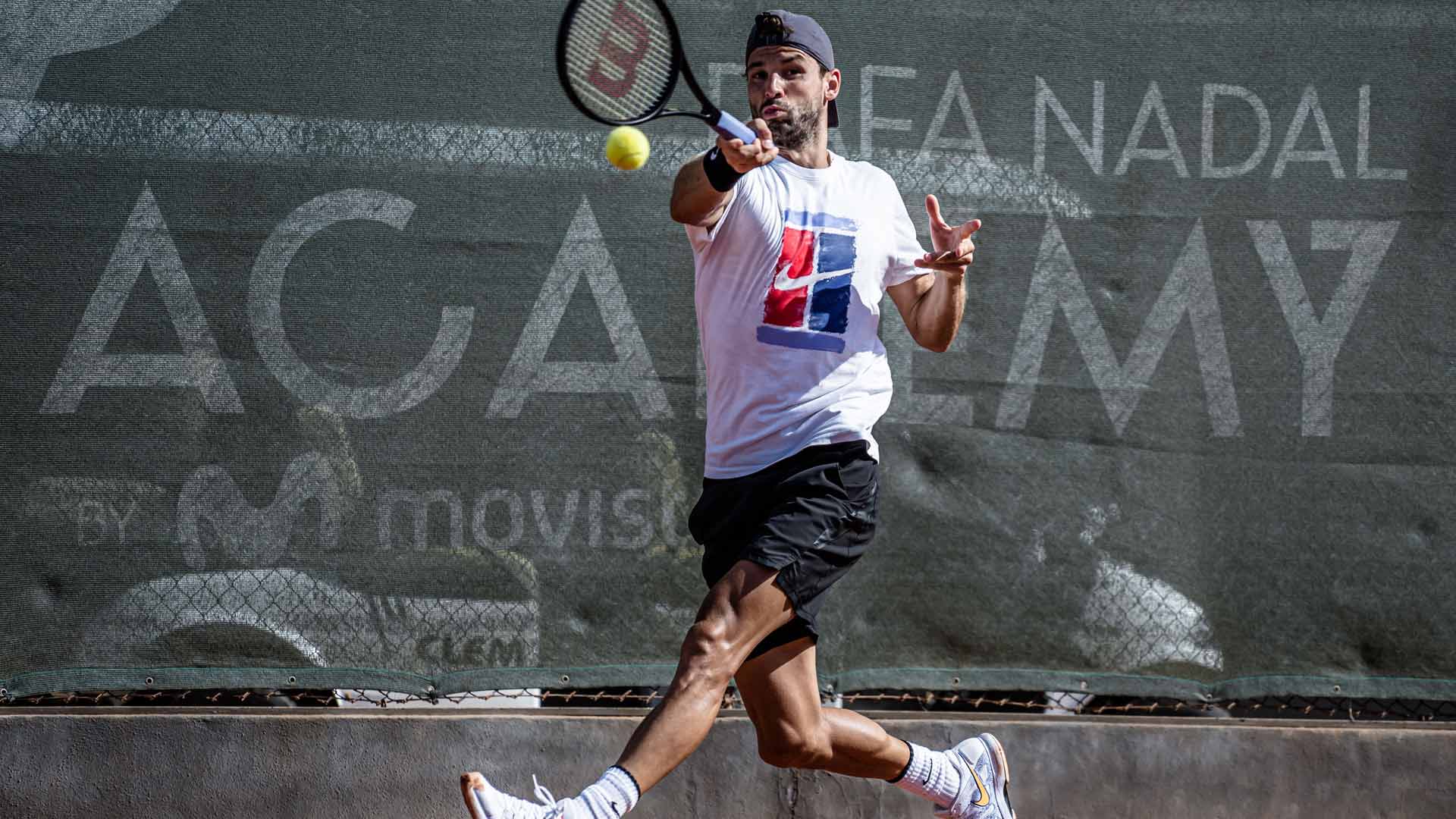 Photo Credit: Rafa Nadal Academy by Movistar
The lefty has won the past two titles in Rome, defeating Djokovic en route to both the 2018 and 2019 trophies. Nadal has not lost before the quarter-finals of the event since 2008, when he fell in his opener against former World No. 1 Juan Carlos Ferrero.

Dimitrov, the former World No. 3, chose Nadal’s academy to make his preparations for the upcoming clay-court swing. The Bulgarian made the 2014 Internazionali BNL d’Italia semi-finals, losing against Nadal. He lost a five-setter in the second round of the US Open against Marton Fucsovics. Four-time ATP Tour titlist Pablo Andujar has also recently trained with Nadal.