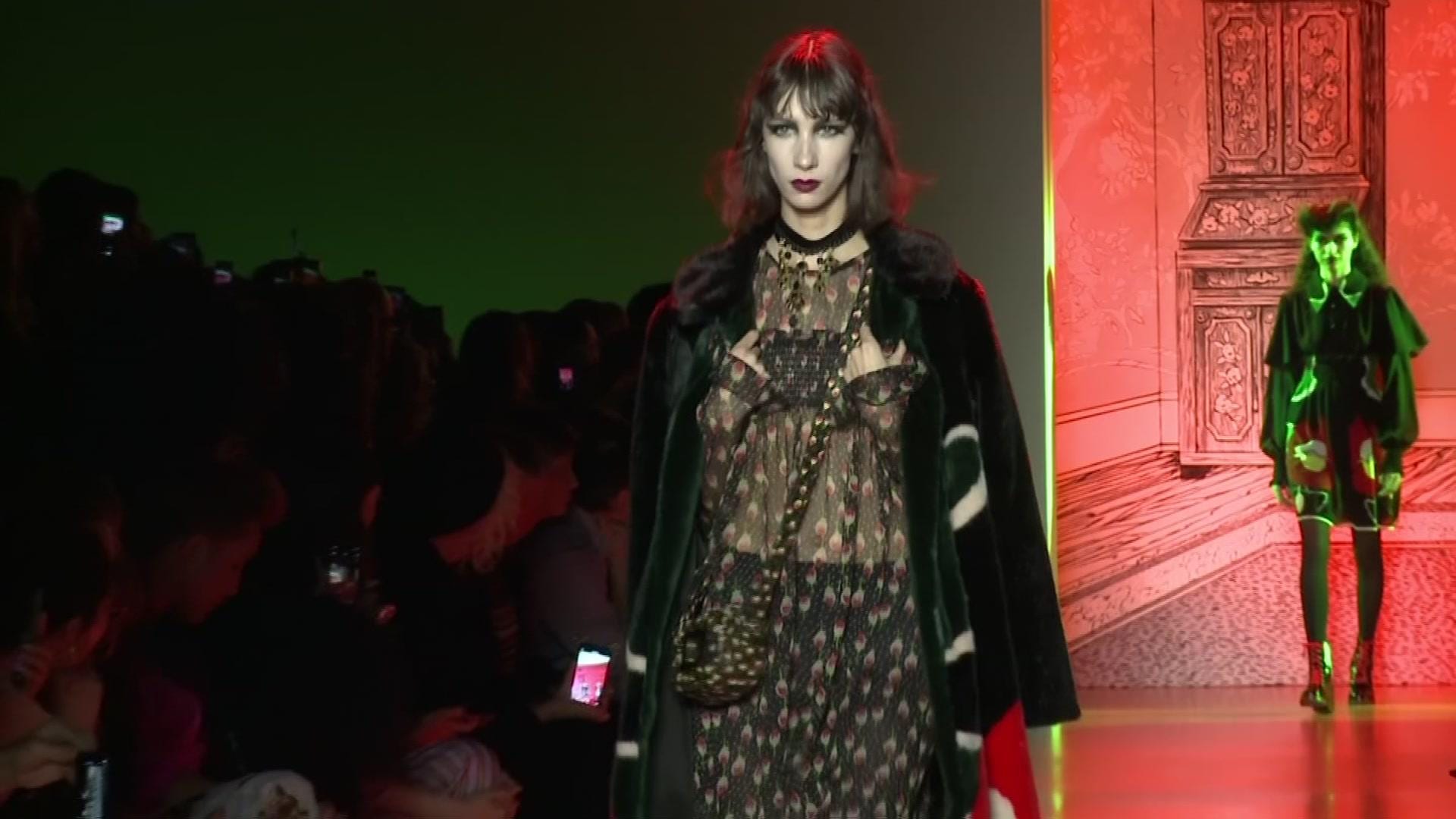 Amid the coronavirus pandemic, many things have been forced to go virtual, from happy hours to weddings and recently, New York Fashion Week – and things just weren’t the same.

I was in New York earlier this year in February, pre-COVID, covering NYFW. And this week, as the shows ran through Sept. 16, I covered it again, but it’s sobering to think about how much has changed in just a few months.

Instead of in-person runway shows to present the latest collections, designers showcased their latest looks online via the “Runway 360” platform in an effort to prevent the spread of the virus. As you can imagine, just like attending a live concert compared to watching a YouTube video of a performance, the energy and excitement just wasn’t there.

The buzz of anticipation you feel as an in-person attendee, sitting in your seat along the runway before a show begins, was replaced with an online countdown timer on the designers’ profiles.

Designers were able to include a statement about their collection on their online profiles, just as they often do in handouts at an in-person show, but they weren’t able to bring that story to life as much through a screen, especially since not every designer opted to use video to showcase their collections.

Marchesa, for example, didn’t include any video footage on the Runway 360 website for their collection, only a video slideshow of images. Tom Ford simply included a lengthy statement and photos on the website.

Others, however, tried to use video in creative ways.

Anna Sui was able to create one of her whimsical worlds of design via video that played up the themes she discussed in her statement, where she touched on the pandemic and what home means to her: “comfort, security, the smells of delectable meals and desserts being made with care”

“The Heartland collection is full of what we need now – comfortable, locally made, versatile pieces without a lot of fuss,” Sui writes.

In the video, she incorporated a small group of models (with some donning masks as part of their looks!), music and a colorful set to act out a picnic story, culminating at the end with the models all serving up pieces of pie.

Anne Klein’s video, which began with the designer’s granddaughter speaking, acted like a mini-documentary on the brand’s history and where it is today, with a large focus on empowerment and inclusivity.

Badgley Mischka utilized a gorgeous, massive estate to capture video footage of their designs in gardens, on balconies and beyond – spanning past where chairs would have been set up for an in-person runway.

Although they were among the shortest videos, Alice + Olivia and Cynthia Rowley added some fun by incorporating dance into their NYC-based clips.

But still, the videos couldn’t quite capture the magic of seeing the designs live.

Naeem Khan’s designs, whose sparkling, show-stopping looks filled me with more joy and amazement with each model who strutted out into the Zaha Hadid Building in New York in February, just didn’t translate online.

Although the brand utilized multiple angles to try and showcase the looks, the details, including all the texture and sequins, weren’t as brilliant on my laptop screen compared with how these elements caught my eye in person.

As perhaps was to be expected, there were also a couple of technical difficulties throughout the week.

Often press kit buttons didn’t work and error messages such as “Bad Gateway” and “This page isn’t working” kept popping up while I tried to navigate the site on Monday.

With all that being said, there were some perks to things being virtual: no rushing from show to show (which means you’re able to attend more), not getting caught in bad weather while waiting in line to get in, no squishing together elbow-to-elbow next to someone on bleacher-like benches.

And most obviously, especially with that last point in mind, the decision to go virtual was important. No matter how much I would have loved to be at Spring Studios watching these designs glittering down the runway before my eyes, it was definitely not worth the risk of spreading the coronavirus and worsening this already tragic pandemic.

So cheers to the designers for giving it their best shot, especially those who put in the effort to try and deliver on some of the magic. But I look forward to seeing your next collections in person – only if it’s safe again to do so.