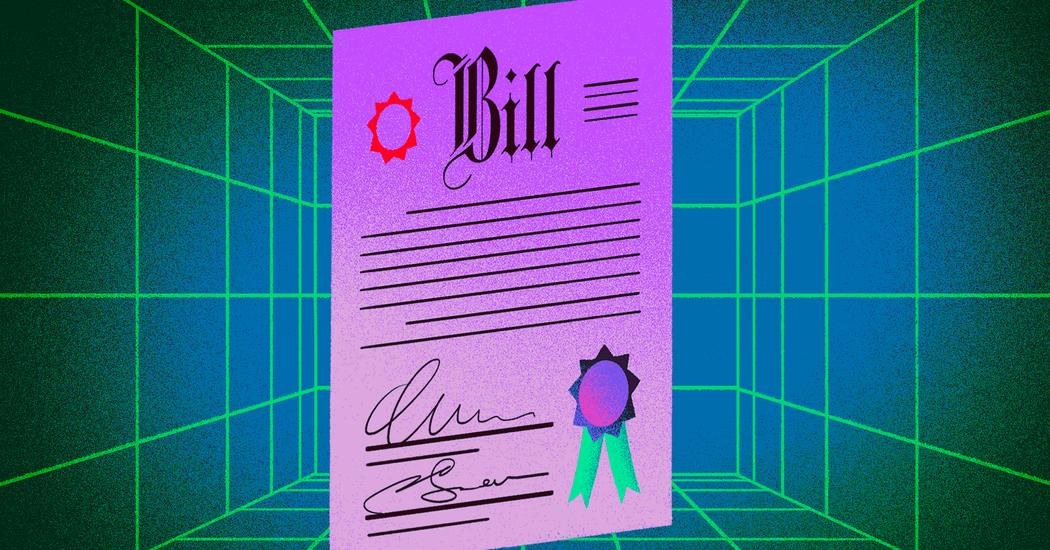 This article is part of the On Tech newsletter. You can sign up here to receive it weekdays.

There was a predictable backlash this week when celebrities like Kim Kardashian West stopped social media posts for a day on Instagram, the photo-sharing site owned by Facebook, to protest the social network.

This is a stunt, some people said. If you think Facebook worsens misinformation and hate speech, just quit the social network. Dear readers, you too might have felt guilty for still being on Facebook.

A recent book by the leftist lawyer and activist Zephyr Teachout short-circuited this narrative for me. The point shouldn’t be bigger or more draconian shaming and blaming of companies people think are irresponsible, she wrote. The goal should be changing laws.

In short: When you get mad at Facebook, don’t ask it to change. Ask your government to change Facebook.

“The target really should be Congress now,” Teachout told me. “You can snark at Kim after you call Chuck,” referring to Kardashian West and Senator Chuck Schumer of New York. Or substitute your own elected official.

Teachout’s book, called in part “Break ‘Em Up,” had two points about the prevalence of consumer protests of companies, whether they’re against big banks, pharmaceutical giants or Facebook.

First, it’s unfair and counterproductive to ask people to give up an essential communications tool like Facebook to have any say on its impact on the world. You don’t have to quit driving to demand safer roads.

And second, it is an aberration in history for people to fight what they believe are unfair corporate practices with personal consumer action. It validates the power of the company, and absolves government of responsibility. (Binyamin Appelbaum, a member of The New York Times editorial board, made a similar point in a new column.) Instead of urging power companies to burn less fossil fuel, tax the carbon emissions.

One problem with the idea of changing laws and not Facebook is that even the company’s critics don’t necessarily agree on what regulation or laws should be imposed. (Teachout’s prescription: Ban advertising tailored to our habits for “essential communications infrastructure,” and — as the book’s title suggests — break up Facebook, and about two dozen other companies.)

And — while it really, really makes me cringe to type this — companies can be more accountable than our elected officials. People don’t think governments will do anything, and companies might.

That’s one reason Color of Change, one of the civil rights groups behind this week’s celebrity social media freeze and a recent pause of big companies buying ads on Facebook, said both consumer boycotts and pressure for government-imposed changes are needed.

“Our goal at Color of Change is definitely longer term systemic change and specifically legislative change,” said Arisha Hatch, the organization’s chief of campaigns. That takes time, she said, and company boycotts give people “something small, easy and strategic that they can do to actually win real world change for Black people.”

Teachout said that she believed the boycott campaign against Facebook was wildly successful in educating people and shaming the company, but she also believed it proved her point that protests aimed at changing corporations don’t work.

“Boycotts that reinforce that Mark Zuckerberg is our king and should be kind to us are dangerous,” Teachout said.

The TikTok edition of, ‘Oh, this again?’

The Trump administration on Friday announced what sounded like a death sentence for TikTok in America. Except … was it?

The back story, again: This video app from a company in China has created a royal mess. Some American politicians and others worry that it could become a way for China’s government to suck up information on Americans or spread a China-friendly view of the world.

There are reasons to be worried about TikTok, and reasons to believe that concerns about it are motivated not by national security but nationalism. The reality is probably a little bit of both.

After many months of this, the Trump administration gave TikTok an ultimatum weeks ago: Sell to an American company or essentially close down the app in the United States. This threat seemed, in hindsight, to be mostly empty or a negotiating tactic.

Days ago, an arrangement was proposed in which Oracle, an American software company, agreed to keep watch over TikTok’s data and make relatively cosmetic changes rather than a wholesale Americanization of the app. The risk of TikTok being potentially abused for Chinese data harvesting or propaganda wouldn’t be reduced much, if at all. It was all much ado about not much.

Except now, in a plot twist of a very dull soap opera, the White House seems to be blowing up that arrangement. Maybe. I don’t know.

My colleagues reported that the Trump administration announced new restrictions that it said would, in practice, ban the TikTok app — along with WeChat, another app from a Chinese company — in the United States.

A threat of a ban, again. I have questions.

If I wait five minutes, will all of this change? Will the White House follow through with a new set of rules that are convoluted at best? Are Apple and Google, which control the app stores, required to go along with a government order to cripple these two apps?

And the administration’s rules appeared to soon prohibit updates to and new downloads of the TikTok app in the United States. This will hurt TikTok, yes. But a deadline for a hard ban has now moved from Sunday to Nov. 12 — after the presidential election, when these rules might not matter anymore.

It seems like there’s a final word on TikTok. But let’s see what happens. On TV, soap opera story lines drag on for decades.

Related: My colleague Brian X. Chen walked through what the proposed new rules mean for people who use TikTok and WeChat.

This woman makes cooking videos combined with martial arts special effects and they are amazing.

We want to hear from you. Tell us what you think of this newsletter and what else you’d like us to explore. You can reach us at [email protected]

If you don’t already get this newsletter in your inbox, please sign up here.