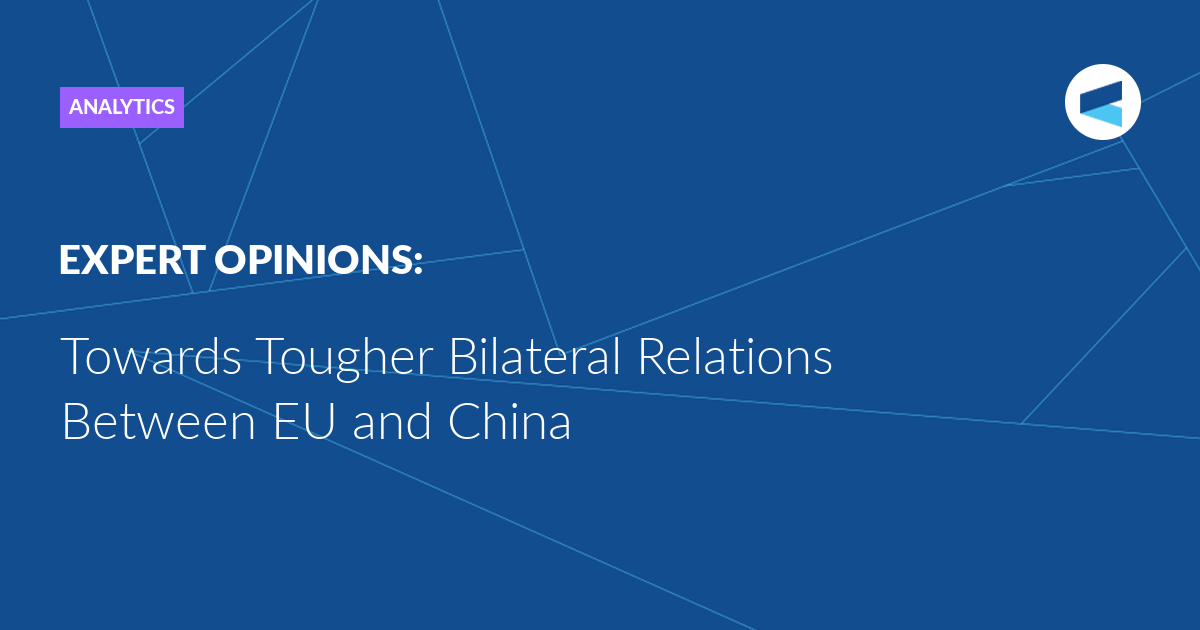 Since the EU is not a monolith with only one single foreign policy, China tries to strengthen its position vis-à-vis the US by gaining influence in Europe.

In this context, the EU-China summit virtually held between European leaders (the head of the Commission Ursula von der Leyen, the President of the European Council Charles Michel and the rotating President of the Council, German Chancellor Angela Merkel) and Chinese President Xi Jinping was a stepping-stone for the relation in 2020. At the initiative of Germany, the summit was initially planned to be the first ever summit gathering EU, member states and China’s leaders at the same time. Due to health issues it was eventually held in a limited and virtual format.

The outcomes of the summit reflect the above-mentioned dichotomy. Four major topics were addressed during the summit: climate change, economic and trade issues, international affairs and human rights, as well as the Covid-19 and economic recovery. The Chinese side called to “enhance mutual trust, seek mutual benefits on a win-win basis and uphold multilateralism, vowing to bring the ties up to a higher level.” Xi Jinping highlighted four important principles for the relation: peaceful coexistence, openness and cooperation, multilateralism, as well as dialogue and consultation.

European leaders, for their part, have clearly stated their expectation for more reciprocity and fairness, and a more balanced relationship. As Charles Michel explained: “Europe is a player, not a playing field”. The agreement on geographical indications was signed but no clear commitments were made on the much-expected investment treaty. “China has to convince us that it is worth having an investment agreement”, said Ursula von der Leyen.

For Beijing it may have been the last chance to promote the narrative of convergence of interests and convince Europeans that they have more to gain in cooperating with China than with the US. Indeed, Beijing’s strategy towards the EU may evolve very soon, seven weeks before the US presidential election. If Joe Biden is elected, the Chinese narrative that has prevailed so far will become outdated. All signals indicate that Biden would – to a certain extent – revive transatlantic relations and reengage in the UN institutions, while at the same time maintain a tough policy towards China. As a result, China could no longer use the argument of the US unilateralism to attract Europe, and it would have to build a new strategy and narrative. This is, of course, not to rule out the likelihood of the reelection of Donald Trump, which in this case would allow China to keep on with the same narrative.

Whoever is elected in America, the EU-China relation is mutating into a more complex balance. Until 2020, economic relations and the negotiation of the investment treaty were the main stumbling block. Tomorrow, political matters such as the conception of multilateralism, globalization, as well as universalism of human rights, may become the central dissent between the two.

A decisive question for Europe prevails now: is the EU’s and member states’ foreign policy only determined by the US and China, or do they elaborate their own policy based on their own interests? What is for sure is that the research for strategic autonomy and the willingness to build a geopolitical Europe keep gaining momentum in Brussels and in European capitals. Actually, the US unilateralism was one of the major drivers for this quest. China’s assertiveness seems now to become the new main driver of EU’s consensus to defend its interests and values.