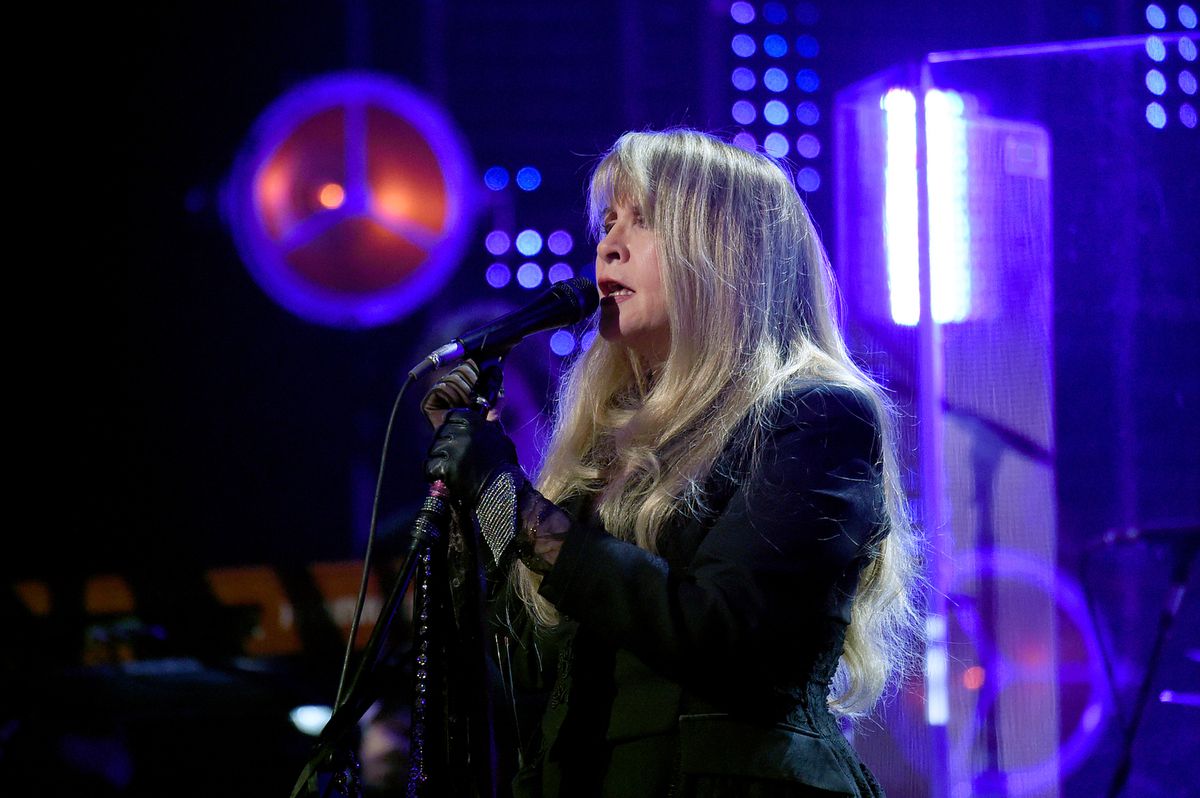 In May, Nicks flew to Chicago, where Joe Thomas, the film’s director, was finessing a cut of it. The final version features 17 songs, only four of which are Fleetwood Mac hits. The show emphasizes Nicks’ solo career — MTV standards like “Stop Draggin’ My Heart Around,” “Stand Back” and “Edge of Seventeen.” Performing music from her “dark, gothic trunk of lost songs,” she tells the audience, makes her feel like she’s a 20-year-old embarking on a new career. “This is not the same Stevie Nicks show you’ve seen a million times,” she explains, “because I am different.”