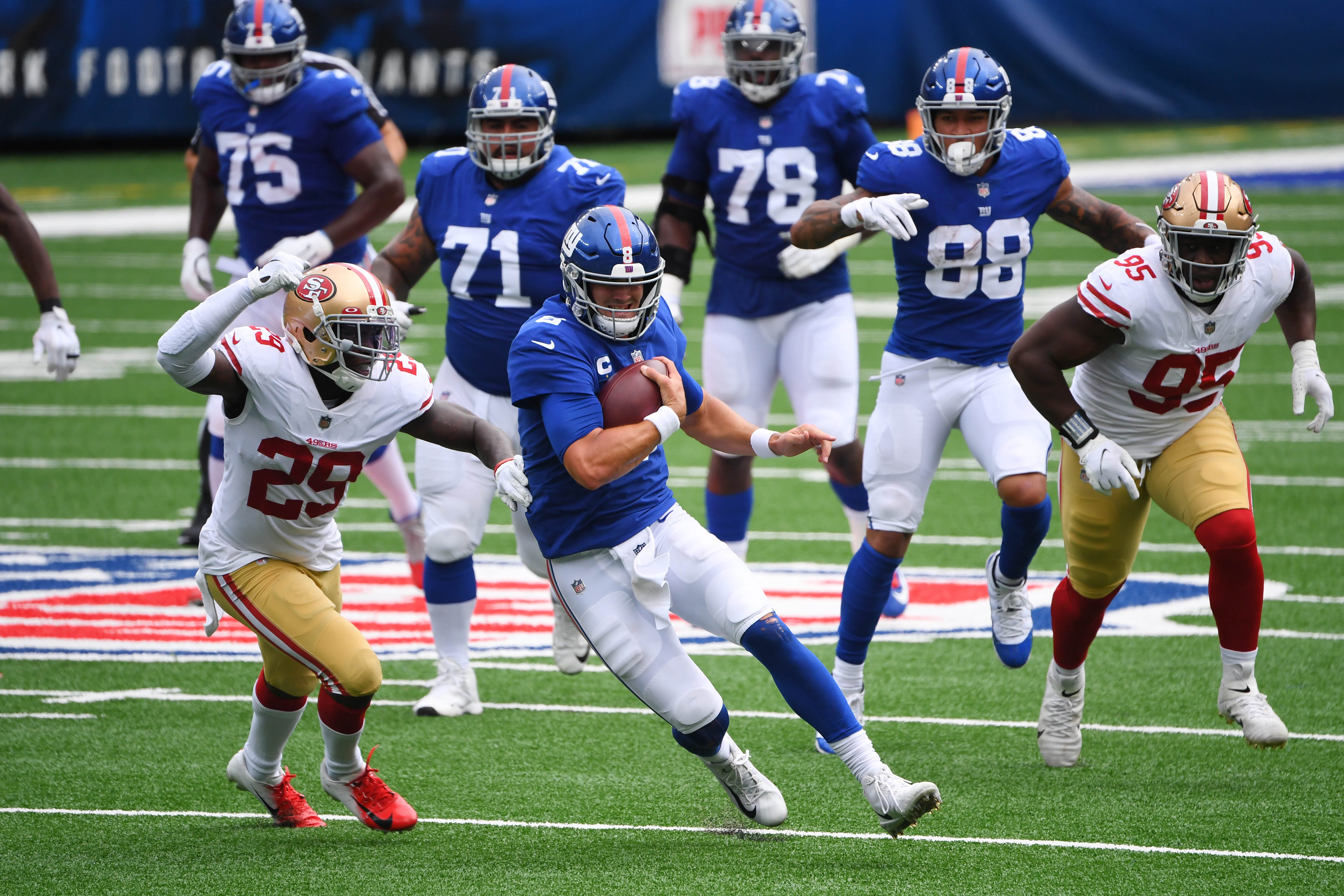 The Giants and Jets have a much higher chance of picking first overall than any other team. The team with the third-highest chance is the Jaguars, at only 8.2%.

The team that secures the number one overall pick in the 2021 NFL Draft will, far more likely than not, draft Trevor Lawrence. Even the Giants will need to give fair consideration to replacing Daniel Jones in that scenario. Jones has flashed great potential in his first 15 starts, but he has been far from perfect. If the Giants do end up with the first overall pick, it would be an indictment on Daniel Jones. The only way the Giants implode like that is if Jones not only fails to progress but actually regresses between now and the end of the season.

So, in that scenario, Dave Gettleman would be fired. Daniel Jones is Gettleman’s (and Pat Shurmur’s) quarterback and, without Gettleman, there are no ties necessarily keeping Jones with the organization. A new general manager would come in and likely consider Trevor Lawrence too good to pass up.

The same goes for the New York Jets and Sam Darnold. Darnold was an excellent prospect coming out of college who has looked impressive at times but has yet to put it all together. Trevor Lawrence, being an infinitely better quarterback prospect, might be the only sensible selection for the Jets at first overall.

Whether it is the Giants, Jets, Jaguars, or someone else picking first overall, the selection will be Trevor Lawrence. Of course, a team like the Jets or Giants could trade down for a king’s ransom if they believe enough in their young quarterbacks. But Trevor Lawrence’s ceiling is too high to pass up. He is a must-pick prospect for whoever lands the top selection in 2021.