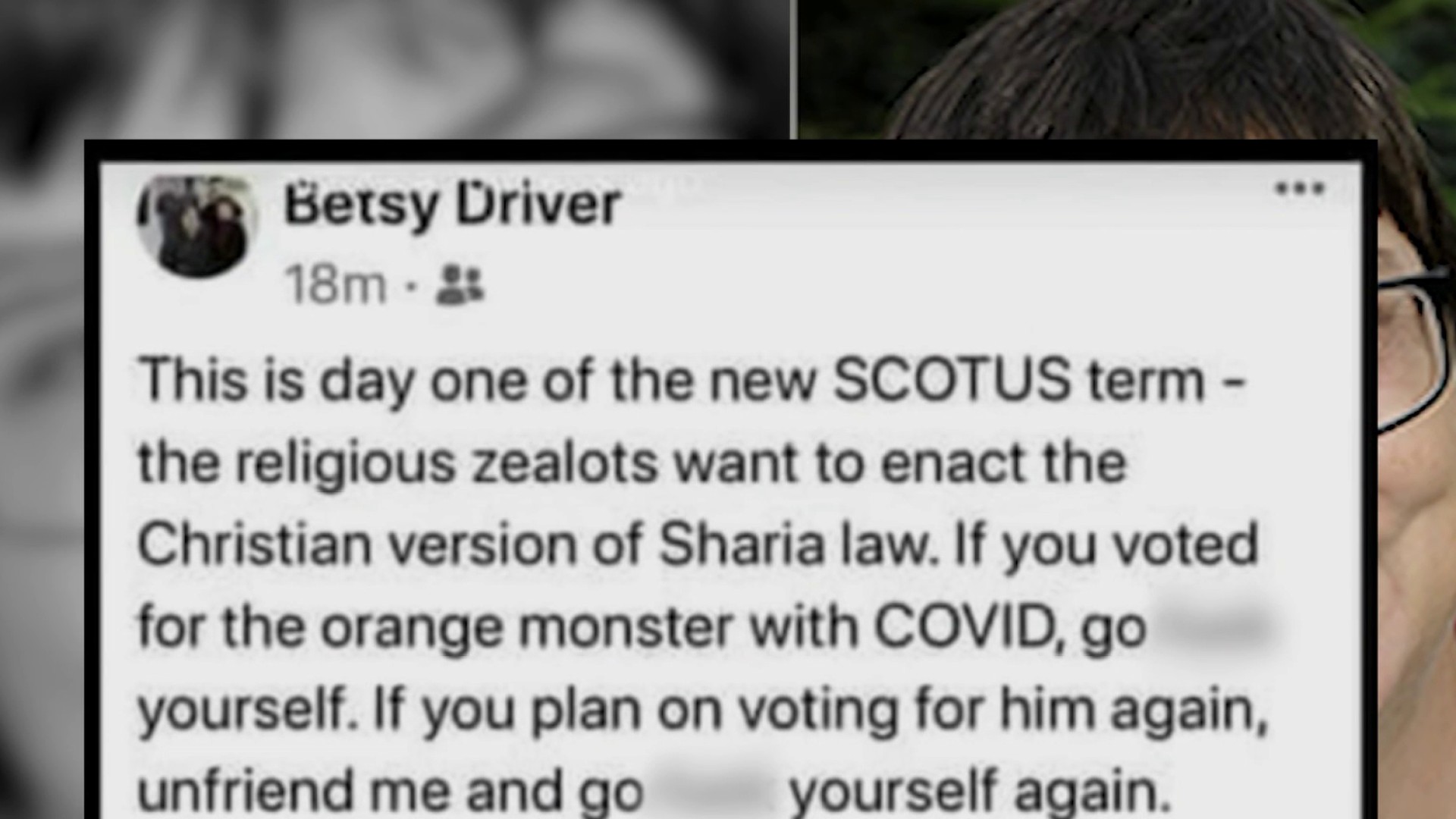 The Democratic mayor of Flemington, New Jersey, says she has no plan to resign over a Facebook post about President Donald Trump in which she referred to him as the “orange monster.”

The Hunterdon County Republican Committee asked Mayor Betsy Driver to resign over the weekend over the post in which she addressed the Supreme Court’s new term and “the religious zealots want to enact the Christian version of Sharia law.”

Driver went on to tell anyone who wanted for “the orange monster with COVID” to “go f— yourself,” according to a screenshot of her Facebook comment posted by the Hunterdon GOP.

The mayor said the GOP committee used her comment about Justices Clarence Thomas and Samuel Alito’s stance on same-sex marriage, which was posted on her private page, against her, according to TapINTO.

Driver, who is married to a woman, also told the media outlet that she was upset at the threats to LGBTQ rights by a Supreme Court enabled by Trump. She added that the GOP had never spoken up against personal attacks and threats that she and her family recently received.

In calling for Driver’s resignation, Hunterdon GOP Chairman Gabe Plumer said, “Your statement is antithetical to the principles of representative democracy. It is further proof that you do not represent the people of Flemington, the character of Hunterdon County, and the values of at least a part of the Democrat party.”