If a cannabis business owner does not own a place where he/she can conduct business, a property has to leased. Sadly, the majority do not truly understand that there are varying situations or circumstances regarding cannabis businesses and rental properties. This is as a result of the issues surrounding the legality of cannabis itself. Though the laws might vary from state to state, the fact remains that there are instances where federal law has to be taken into consideration.

In this article, we’ll be looking at Oregon’s property and leasing laws, analyzing the effect of Oregon’s eviction moratorium on cannabis businesses, and lots more. But before delving deep into these, here are a couple of ‘must-know’ factors that play significant roles in commercial leasing for cannabis businesses.

These, and many more show the peculiarity of property laws in Oregon, which is why the eviction moratorium passed should be fully analyzed and understood by anyone involved in commercial leasing for cannabis businesses.

What is the Eviction Moratorium All About?

Oregon passed a law called an eviction moratorium as a form of Covid-19 palliative measure earlier this year. The eviction moratorium states that landlords should be prevented from evicting their tenants as a result of non-payment of rent and other encompassing charges such as utility bills, service fees, and late charges. The process was initiated on the 1st of April when the Governor through the signing of Executive Order 20-13, placed a temporary suspension on the law allowing evictions to be carried out based on the non-payment of rent and associated charges.

A previous moratorium (Executive Order 20-11) had already placed restrictions on such evictions for residential properties and (20-13) was made to apply to commercial properties. These executive orders prevent the landlords from taking any action towards the evictions of their tenants and though it was not expressly mentioned, cannabis businesses are thought to be included in the applications of these moratoriums.

However, it should be noted that the moratorium orders only prevent evictions for non-payment of rent and fees. This means that landlords can evict the tenants or terminate their lease based on a variety of other reasons such as illegal conduct and other restrictions that could be placed on the leases.

The 20-13 moratorium was set to elapse on the 1st of July, 2020 and this led to the Oregon legislature putting up a bill (HB 4213) that was signed into law in late June. The House Bill 4213 extends the existing moratoriums on both commercial and residential evictions till the 30th of September. The bill still places the same restrictions on evictions just like its predecessors but it does not apply to payments that are already past due. It allows the tenants to make such payments without interests until 31st March 2021. Also, according to this law, landlords are not allowed to terminate leases via notice delivery or take any other action that could hinder the rights of the tenant while holding the lease. Since there are no specific exclusions of cannabis-related activities, it is believed that these laws also apply to all cannabis businesses.

A tenant in Jackson County, Oregon filed a lawsuit against his landlord recently claiming a wrongful eviction from a warehouse where he had 500 pounds of already trimmed flower and 36,000 pounds of hemp estimated to be worth $175,000 and $1.5 million respectively (Marks v. Laminate Tech., Inc., 20CV31971). If the allegations in the lawsuit are proven to be true, the landlord or defendant in this case seems to have contravened both the HB 4213 and the executive order (20-13).

The plaintiff (tenant) claims that the defendant has changed the locks several times and threatened him with an eviction from the two warehouses he leased due to the non-payment of rent. It was also alleged that the defendant threatened to get rid of the hemp of about 36,000 pounds, change the locks (again), and put other personal properties of the plaintiff found in the warehouse up for sale.

In addition to the lawsuit, the plaintiff filed a temporary restraining order motion which was granted and a court date set for the 1st of October, 2020.

We can only speculate on what the outcome of this case might be. However, considering the latest changes to Oregon’s laws especially on commercial leases, it is clear that the defendant has a lot of things against him and might be penalized on several grounds regarding his actions. The only thing the defendant can base his defense on is an “illegal purpose” technicality or try to argue that the plaintiff is not complying with the state laws for the regulation of cannabis.

In cases like the one described above, the federal regulatory agencies might swoop in to prosecute the plaintiff. However, compliance with state law in most cases supersedes federal rules, especially regarding property. So it’s possible to have a scenario where the federal agencies involved won’t be able to do much. Legislation on cannabis businesses is not clearly outlined so all entrepreneurs involved must try as much as possible to resolve all issues and always be aware of any changes or new developments. So for anyone getting a commercial lease for his/her business, it’s important you get familiar with the laws of your state. 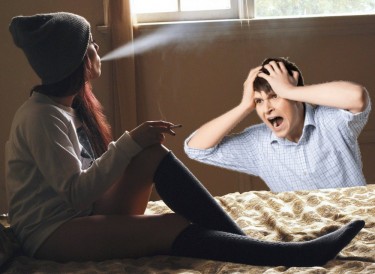 HOW TO SMOKE WEED IN YOUR APARTMENT WITHOUT GETTING EVICTED? 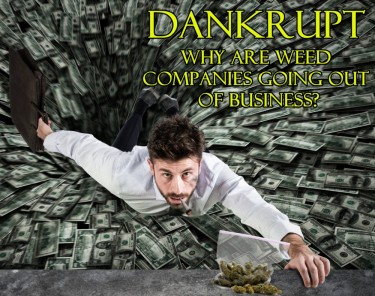