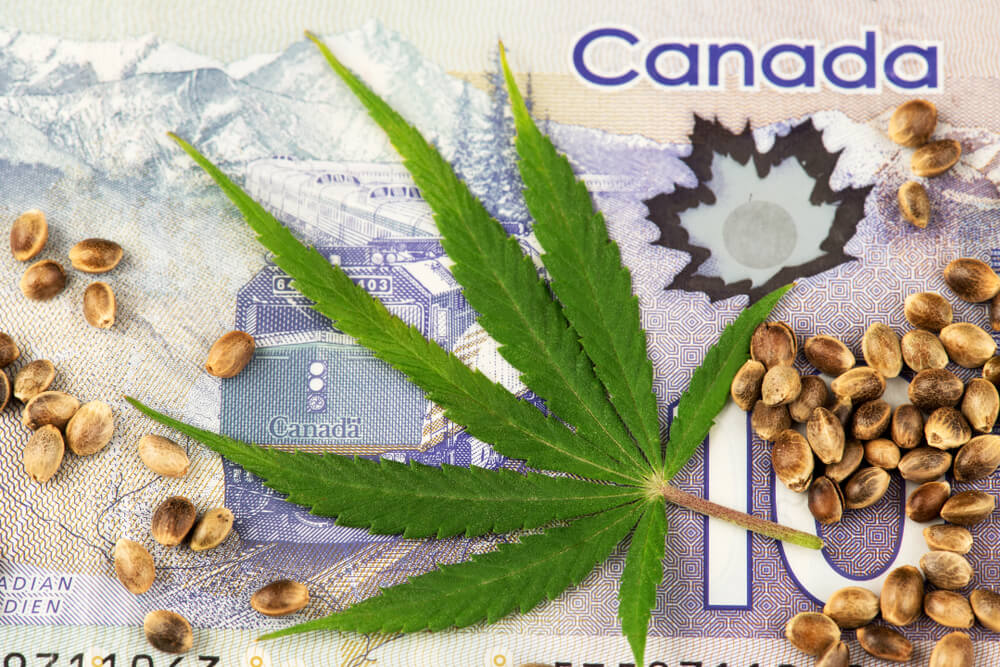 Throughout history, youth have always had a higher tendency to experiment with mind-altering substances. Alcohol, cannabis, and psilocybin use are all higher among adults aged 18-35. However, when it comes to CBD oil use, the opposite picture appears to be emerging.

CBD and THC have drastically different effects on our bodies. Yet, many use these terms interchangeably. Unlike THC, CBD does not have psychoactive effects. Instead, it appears to reduce inflammation, enhance moods, and sharpen one’s focus.

To be clear, these are all desirable. CBD Canada Select and similar resources are the best places to find the latest information and deals in Canada. Currently, full spectrum CBD oil is the most popular nationwide and there are no signs of that changing.

However, that doesn’t appear to be what younger people are after.

One thing is true – of all the age groups in Canada, young, college-aged adults are the biggest users of cannabis. According to a 2019 government survey, 1 in 3 people aged 20-24 used cannabis in the past 12 months.

However, when it comes to CBD products, kids aren’t their biggest consumers. According to New Frontier Data, that honor belongs to females aged 35-44. This agency also claims that males 45 and over-consume CBD far more frequently than younger men.

This revelation comes at a time when CBD use in Canada has more than doubled. In September 2019, CBD medicinal use more than doubled year-over-year. When you look back to March 2017, the difference is even starker. Back then, medical cannabis patients only used CBD oil in 1% of treatment sessions. Now, that number stands at 9.5%.

When you look into the reasons for CBD oil usage, the reasons for the age gap become more apparent. There are a variety of motivations behind CBD interventions – most of them relating to discomfort. Of the reasons covered by New Frontier Data, nerve pain, muscle pain, and joint pain all ranked highly.

To be fair, two reasons for CBD use – anxiety and depression – affect the young as much as the old. However, as people age, aches and pains become more prevalent. When cannabis products became legal in 2018, our aging population sought out CBD oil in droves. Additionally, 80% of Canadian consumers have purchased CBD oil for their pets last year.

Younger people, by and large, don’t suffer from the chronic aches and pains their elders do. They are more likely to be in perfect health. When they do hurt themselves, they recover faster. On top of this, CBD has another quality that makes the young indifferent – the lack of a “high”.

CBD is a non-psychoactive substance. It doesn’t trigger the neural processes that THC does. So, given a choice between a high THC strain or a hybrid/high CBD strain, they choose the former.

College-aged Canadians (those aged 18-24) are the country’s biggest consumers of cannabis. According to a Statistics Canada survey on cannabis use, 33% of respondents consume the plant. Much of this consumption occurs in social settings, where their friends are also consuming cannabis. Peer pressure aside, most consume THC strains to feel good, alter their consciousness, and relax.

There is one notable exception to these trends – teens. Long the drug of choice for rebellious youth, cannabis use is free-falling among teenagers. According to Statistics Canada, use among those aged 15-17 fell from 20% before legalization to 10% post-legalization.

CBD has a Bright Future as a Treatment for Anxiety & Depression

Apart from those who suffer from chronic disorders, most young people don’t use CBD for relief from discomfort. As discussed earlier, most in the 18-35 age cohort are at/near the peak of their physical condition.

However, there are health conditions young people suffer from as much or more than older adults – anxiety and depression. Teens and college-aged adults are most likely to suffer from depression. Meanwhile, the 18-29 and 30-44 age cohorts are the most anxious.

CBD may have a role to play in treating these disorders. According to current research, CBD’s interactions with the endocannabinoid system may help elevate mood. As a result, it has excellent potential as a treatment modality for young people suffering from anxiety or depression.

CBD holds great promise in helping Canadian youth suffering from mental health issues. However, that’s not the only benefit younger adults can get from CBD supplementation. According to studies and anecdotal evidence, it appears to boost focus as well.

CBD doesn’t appear to improve focus on its own, Rather, researchers believe it increases cognition by improving emotional processing. Put simply, it allows users to better deal with nervousness. This, in turn, makes it easier to focus.

Course workloads can be overwhelming for even the brightest students. By using CBD, they could overcome emotions that make it tough to get work done effectively. Once the mental-boosting effects of CBD become more evident, we expect supplementation by college-aged adults to increase.

CBD Use Among The Young Likely To Grow Slowly Over Time

CBD is the domain of the old – for now, at least. The biggest effects cannabidiol has – relief from discomfort and promotion of restfulness – solve the problems of older adults. Of course, CBD also helps with stress, anxiety, and depressions – all of which are young people problems.

At present, youth treat cannabis like a party drug. However, as more studies prove CBD’s effectiveness, CBD producers will be able to market their products with greater confidence. When they do, younger adults will become increasingly aware of the benefits of CBD oil.