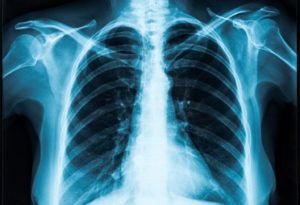 A study out of St. Michael’s Hospital in Toronto has found prescription synthetic cannabinoids are linked to a 64-percent increase in death in older patients with chronic obstructive pulmonary disease (COPD). These oral drugs—nabilone and dronabinol—have a chemical structure similar to THC and are often prescribed to treat symptoms associated with COPD, including pain, sleep difficulties and breathlessness.

Despite not being smoked, they were shown to contribute to a significant increase in negative respiratory health problems in patients with COPD compared to those who were not prescribed the synthetic cannabinoids, including increased hospitalizations and deaths. COPD is a group of diseases that cause breathing problems, including emphysema and chronic bronchitis, and affects more than 16 million Americans.

Data was drawn from more than 4,000 people with COPD in Ontario who were over the age of 66 from 2006 to 2016. The patients were divided into two groups—new users of dronabinol or nabilone and those who never used synthetic cannabinoids. While patients who began treatment with either cannabinoid were no more likely to be hospitalized for COPD or pneumonia, they were significantly more likely to die of any cause. And patients who received higher-dose cannabinoids were much more likely to be hospitalized with COPD or pneumonia (178 percent) and to die of any cause (231 percent).

The study also found that, in terms of respiratory health, synthetic cannabinoids were no safer than opioids to treat the chronic pain associated with COPD, for which they are often prescribed.

“Our study results do not mean that cannabinoid drugs should be never used among older adults with COPD,” said Dr. Nicholas Vozoris, the lead author of the study. “Rather, our findings should be incorporated by patients and physicians into prescribing decision-making.”

The authors conclude that, while more research is needed to confirm their findings, care should be taken when prescribing synthetic cannabinoids to older adults with COPD. “Cannabinoid drugs are being increasingly used by older adults with COPD, so it is important for patients and physicians to have a clear understanding of the side-effect profile of these drugs,” Vozoris said.